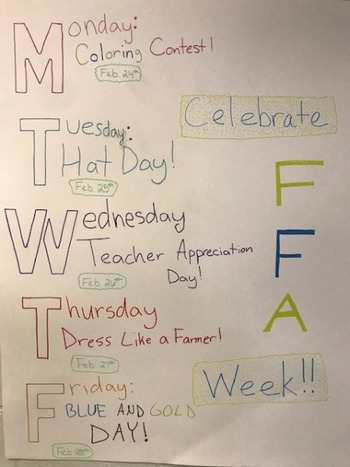 Students at Bancroft-Rosalie will be celebrating National FFA Week, with a variety of activities planned.

The week will begin on Monday with a coloring contest. Students can pay $1 on Tuesday to wear a hat all day. Wednesday is Teacher Appreciation Day. On Thursday, students are encouraged to dress like a farmer, and Friday, they can wear the FFA colors of blue and gold. 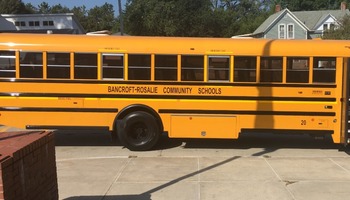 Nebraska has awarded more than $2.6 million in rebates to schools across Nebraska to aid in the replacement of older diesel school buses.

Each project will replace one older diesel bus with a new bus with much lower emissions.

The department initially planned to fund 32 rebates, but because of the high demand, all 62 applicants will receive funding.

“The department received a large number of applications from schools across the state,” said Jim Macy, director of Nebraska Environment and Energy. “The funds available for this program give us the opportunity to provide financial assistance to schools that will help reduce harmful diesel emissions.” 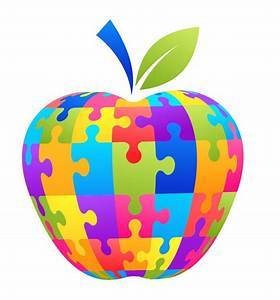 'Every student is different'

Hello from the High School Resource Room. It’s hard to believe that the first semester is over! Someone asked me the other day, “What do you do in the Resource Room?” Well, let me begin by saying, that I am blessed to work with some of the smartest and most creative students in our school.

So what do we do? First and foremost, I am a teacher and that is what I spend the majority of my time doing. Students come to my room for a variety of reasons. Students come to my room for instruction in one of the basic core classes, usually Math or Reading. Some students come in to get help with their homework or to have a test read. Others come in for a study period. A few stop in for a hug and words of encouragement, attend a class meeting or to grab something from the Snack Bin.

Every student is different. They do not all learn the same way or at the same rate. I try to help students identify the ways they learn best and then show them strategies to use when doing an assignment or taking tests.

We also give our students encouragement to be better, and we expect them to do better. We won’t accept “good enough” unless that is their best. We tell them that we believe in them and they need to believe in themselves. Once my students realize that we care about them succeeding and not just good grades, we start seeing progress and improvement in the classroom. The more confidence students gain in their academic abilities, the more willing they are to try new experiences – sports, speech, drama and even a college class.

Over the last 30-plus years, some of the most important lessons taught in my room have come from the students themselves. I know for a fact that I am a better teacher for knowing the students who come to my room each day.

Stop in and take a look for yourself the next time you’re in the building. 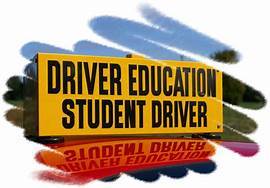 Driving schedules will be worked out individually with Mrs. Roxanne Raasch.

Cost of the class is $50 and should be paid when you register.

For more information or a sign-up sheet, see Mr. Sjuts.

Congratulations to this week's "GRR" Students of the Week!

Tab dropdown toggle
Tab dropdown toggle
Bancroft-Rosalie does not discriminate in its educational and employment policies on the basis of race, color, creed, religion, national/ethnic origin, sex, sexual orientation, age or with regard to the basis outlined in the Veterans Readjustment Act and Americans with Disabilities Act. This institution is an Equal Opportunity Provider.